DOVER – In an effort to recruit volunteers and educate the public about the role they play in protecting Delawareans, volunteer fire companies up and down the state will open their doors to community members on Sunday, April 13. Each Volunteer station in the state will be open to the public and offering a family-friendly event from Noon to 4PM. Activities will vary by station and include fire demonstrations, exhibits, station tours, and much more.
“Our state’s volunteer firefighters are the first line of defense when it comes to protecting people and property,” said Rich Toulson, Delaware Volunteer Firefighter’s Association President. “We want to open our doors and give the public the opportunity to see firsthand just what we do and invite them to volunteer with us and serve their own communities.”

As the population of volunteer firefighters in Delaware ages, companies across the state are hoping to recruit younger volunteers to take the reins and lead in serving their communities.  “We truly have a crisis on our hands, and if we don’t act to recruit these younger individuals, it won’t be just the fire companies that suffer the consequences but all Delawareans,” President Toulson said, adding that companies also actively seek volunteers with all skill sets. “If you want to serve your community, we are the place to be.”

Volunteers are also needed to serve in fire company auxiliaries throughout the state. The auxiliaries play an important role in supporting the fire companies and are always seeking volunteers to join them in their efforts.  “Auxiliaries across the state have come a long way since the first organization was formed in 1937. Today, we have many auxiliaries who are successful in raising thousands of dollars for their fire companies,” said Saralee Stevens, President of the Ladies Auxiliary Association of the Delaware Volunteer Firefighters Association. “We welcome anyone interested in helping us work together with the fire companies for the good of all Delawareans.”
In addition to the April 13 event, Delaware’s volunteer fire companies will also be recognized by members of the Delaware General Assembly on April 8. The legislative body has proclaimed this date, “Delaware Volunteer Firefighter Day.” A full day of events will take place at the State Capital, Legislative Hall in Dover, and Governor Jack Markell will sign a proclamation honoring Delaware’s volunteer firefighters at 1 p.m. Both events are in conjunction with National Volunteer Week – a time to celebrate people doing extraordinary
things through service.
For more information, members of the public can visit www.Firefighter.Delaware.gov or visit us on Facebook at Firefighter.Delaware.gov. 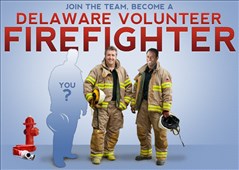 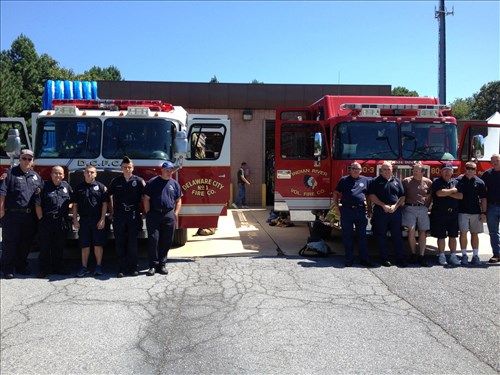