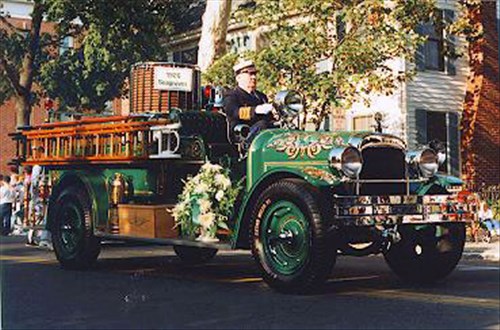 The Mill Creek firemen were first organized on January 6,1927 in the social room of the Marshallton Methodist Episcopal Church. After primary organizational work was finalized, the first officers to be elected were C. J. Morgan as President; Harvey Davis as Vice President; F. L. Cooper as Secretary and Walter Hubert as Treasurer. In February of the same year, an order was placed with the U. S. Fire Apparatus Company of Wilmington for a chemical engine which was delivered in June. Temporary housing for the new fire engine was erected on ground loaned by Walter Hubert for a period of two years. In December of 1928 a committee composed of F. L. Cooper, C. J. Morgan, I. N. Morrison and Walter Hubert was appointed to secure a site for a new building. They purchased the post office building in Marshallton, situated on a lot which measured 125 feet by 170 feet. In addition to the post office building there was also a hall which was rented for community functions.

A new firehouse was erected with space for two pieces of equipment and a recreation room. The adjoining lot was used for the annual carnival and parking space. In the recreation room was a billiard table, card tables, piano, comfortable chairs and reading material. The company also operated their own store for the convenience of the members and served soft drinks, candies, tobacco and other small items which gave the firemen another source of revenue.

They also had modern lavatories, showers and central heating. The building was made possible by the voluntary work of the membership in its construction. Various members contributed liberally of their time and talents so that the firemen could have a building which would have been financially impossible otherwise. Original drawings were presented by Scott V. Norris and he was assisted in the construction by firemen skilled in the building trades such as Wilmer Doughten, bricklayer; Ruben S. Brown, general contractor; Charles Davis, pipe work and George Tweed, plastering. Their colors of green and gold on all fire equipment were taken from the beautiful scenery and countryside that surrounded their fire station. The Green Dragon emblem on all the trucks was started because one of their early green trucks was said to look like a big green dragon puffing up a hill to a fire. Mill Creek and Cranston Heights Fire Companies initiated the daytime dual response alarm system.

Harry Chambers was elected the first Fire Chief and remained active with the fire company until his death at 90 years of age. He rode on the trucks and watched the younger firemen right up to the end. The original seven members were Julian Morgan, Walter Hubert, Edward Brittingham, George McQuirk, Belford McGuirk, Frank Cooper and Raymond Lamborn. At the second meeting held the following week George Stubbles and Sylvester Brittingham joined the group and at the third meeting, Charles Mergenthaler, Sr., Harry Chambers, Charlie Scheneckenburg and Millard Speakman joined up. The present fire station on Kirkwood Highway is the third building the firemen have occupied and they moved into it in 1956 after completion of construction at a cost of $150,000. It was remodeled and expanded in 1965 at a cost of $350,000. They presently have over half a million dollars worth of equipment.

In the upstairs lounge and meeting room, a handsomely mounted deerhead dominates one wall. I assumed one of the firemen had shot it, but the story is that the fire department's ambulance hit it on their way to an ambulance call. The head was mounted and the meat distributed among the firemen. Humor runs high at the Mill Creek station, and the ambulance crew is fond of pulling practical jokes. With serious expressions, the ambulance crew transported a nurse they all know through their ambulance work to the State Hospital at Farnhurst. She tried to convince them that they were mistaken, but they carted her off and only let her in on the joke when she was really getting worried. A "Christmas Truck" was part of one year's celebration when Santa was taken around on a stretcher.

Bingo is one of the most important fund raising activities at Mill Creek where $1,000 in winnings is given away every Saturday evening. Many retired people play bingo with an expertise that is astounding, often playing sixty or more cards at one time while they knit in between calls. Close circuit TV on the caller and the number balls at all times eliminates any possibility of cheating. Their banquet hall, where bingo is played, can accommodate 600 adults for dinner. It's a long way from the temporary building where it all started, but these firemen have worked hard and deserve all the success they have achieved.

From A History in Flames, The Story of the Volunteer Firemen of the State of Delaware, 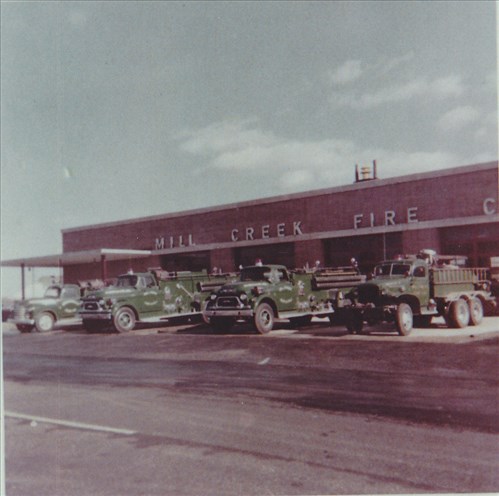 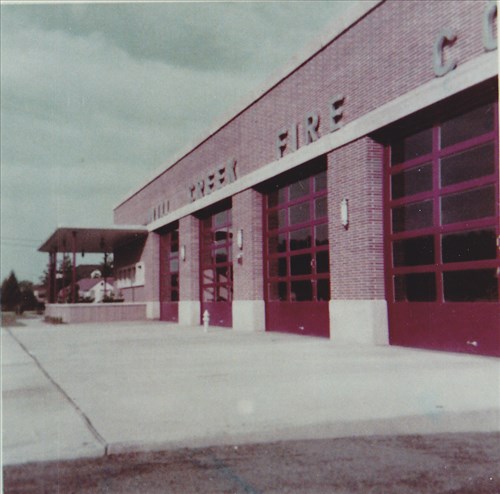 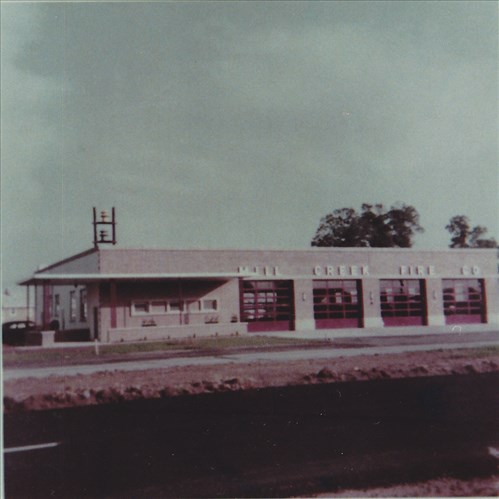 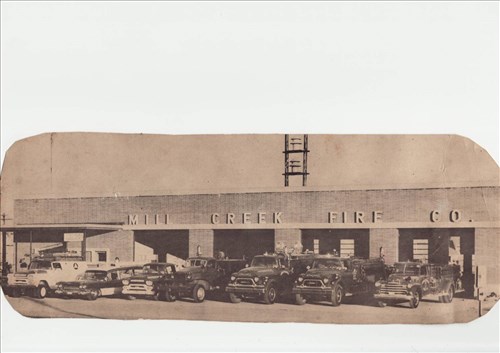 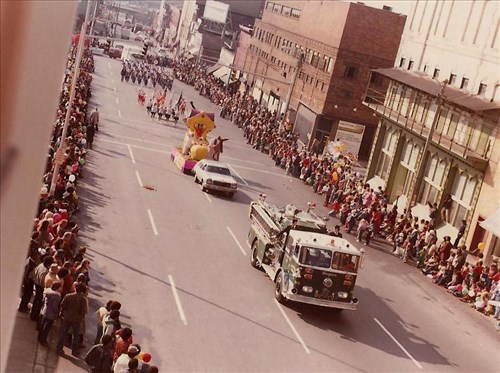 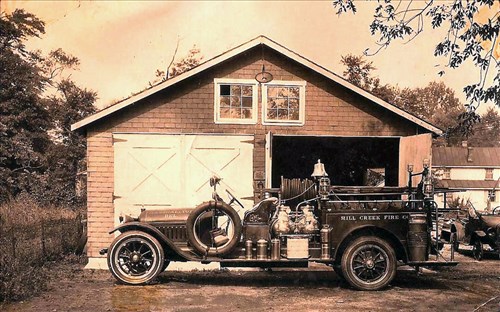 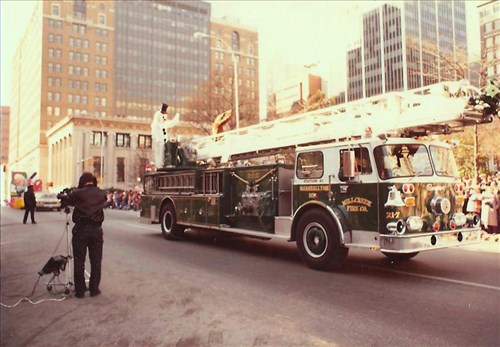 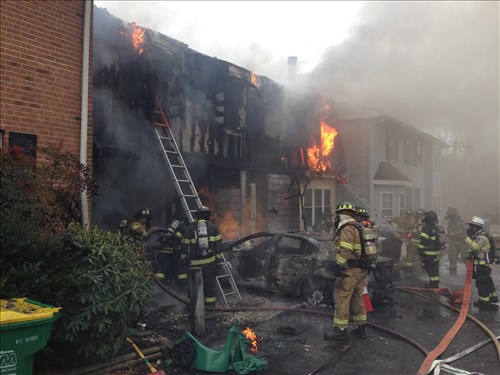